Continuing our survey of ancient calendars, we next turn to Iran. Here we need to discuss both the early non-Indo-European inhabitants of ancient Elam, which were closely associated with southern Mesopotamia, and the later Indo-European civilization of the Achaemenid Persians. Finally, we must describe the sectarian calendar used by the Zoroastrians at the end of the Persian period.

The first civilization in what is today called Iran was that of the Elamites. Elam was closely connected with southern Mesopotamia. In fact, there were times during the Bronze Age when Elam exerted great political influence over all of Mesopotamia. The earliest Elamite calendars were lunisolar according to the Mesopotamian model. In fact,

The Elamite calendar was so overwhelmed by foreign influence during the period of Akkadian rule in Susiana that it is difficult to envisage it in its original form (Edwards et al., 678).

At first intercalations were decreed based on astronomical observations. The first regularity in the system of intercalations was not achieved until the late sixth century (Fisher and Gershevitch, 738, 742).

The following chart provides both Akkadian and indigenous Elamite month-names that were in use during the Middle Bronze Age Period:

The Persians adopted the Babylonian calendar system for the administration of their empire. The Zoroastrians followed the Avestan calendar (described below), which was analogous to the Egyptian system and which eventually became the dominant calendar in the Persian Empire.

Originally intercalary months were added as needed by royal decree. At the end of the sixth century the Persians embraced in two stages a fixed system of intercalation. First, beginning in the 3rd year of Cambyses II (527 bc), an intercalary month was added on the 3rd, 5th, and 8th years of an eight-year cycle—a second Ulūlu in the 3rd year and a second Addaru in the 5th and 8th. A generation later, beginning in the 19th year of Darius I (503 bc) they adopted the same nineteen-year cycle the Babylonians favored.

The Old Persian lunisolar calendar remained in use until 401 bc or possibly later, although by this time the Avestan calendar had become firmly established among the Zoroastrians of Iran. The two calendars—lunisolar and solar—existed side by side from c. 500 bc onward. The Old Persian calendar may have continued as the official civil calendar throughout the Achaemenid period.

It is unknown whether the earliest Avestan calendar was lunisolar or followed a 360-day year (12 months x 30 days each) with a periodic intercalation of one month every six years and two months every 120 (or 116?) years (the “Peshdadian” system). The year probably began with the summer solstice.

In its later form, the Avestan civil year consisted of twelve months of 30 days each and five epagomenal days (“Gatha days”) added at the end. It was thus perfectly analogous to the Egyptian system. Simultaneously, a religious calendar may have added an intercalary month every 120/116 years well into the first millennium ad. The New Year began on the vernal equinox (~22 Mar).

By Darrell Pursiful in Wealth of Egypt on January 6, 2011.
← Christmas Prayers The American Dialect Society’s Word of the Year → 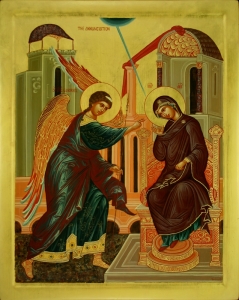