On Not Screwing Up the Noah Story

Pete Enns’s musings about the ark museum in Kentucky have led him to propose three important road signs for navigating the story successfully. Since my REL 130 students will be grappling with this story next week, I thought I’d link to what Dr. Enns has to say. The all-too-insufficient summary goes like this:

And here’s a brief snippet to encourage you to hop on over and see what Dr. Enns is getting at:

The reason given in Genesis for this need to start over is human wickedness. Now, this raises (and has raised for a long time) all sorts of problems, namely why God goes so over-the-top. We’re only in the 6th chapter of the Bible. Couldn’t God think of another solution or was drowning the only option?

But this may be asking the wrong question. Rather than trying to explain why God would do such and such, it is more fruitful to ponder what this story tells us about Israel’s understanding of God.

The reason the gods flood the earth in the Atrahasis epic is because humans, who were created for slave labor, were making too much noise. The Israelites, on the other hand, had something else to say about the character of their God and the obligation of humanity to God as creatures created in God’s image.

They had a different theology.

About That Noah Movie

Jonathan Storment, guest-blogging at Jesus Creed, raises an important question about the Noah movie that is opening this weekend:

It turns out that Evangelicals have a bad habit of reviewing stuff that we haven’t seen or read. Some people are critiquing it because it doesn’t stay true to the 3 chapters that Noah is in the Bible, but I have a different concern.

I am not so concerned that they will get the story wrong, I am wondering what will happen if they get it right?

Part of me wonders if we really remember what the Noah story is.  It is an incredibly dark and disturbing story of a God who takes evil seriously. What we see in Genesis 6–9 is the unrestrained justice of God.

In the beginning of Genesis, God creates the world by holding back the waters of chaos, but in chapter 6, it is as if God just stops holding it back.  He undoes Creation.

He purges the world from sin, starts over with one family and asks them to give the world a better future. The only problem with the flood is that it didn’t work.

Two chapters later, Noah’s family starts the same cycles of sin. Noah passes out drunk and naked, and wakes up cursing his family.

It’s like the ark washed up on the Jersey Shore. 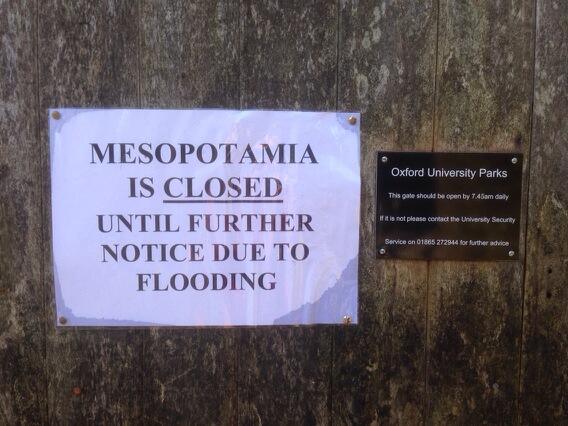